Interpol released a music video for their new song “Gran Hotel”, a snippet from their recently released album The other side of pretending. The video was directed by former Dum Dum Girls bassist Malia James. “Gran Hotel” centers on a couple in peril who backtrack and frontman Paul Banks who moves forward. The video matches the intense vibe of the song, as the viewer follows the couple’s journey from tragedy to the start of the night with a proposal. The video is unique with the tragedy occurring at the very beginning and the rewind night for the viewer adding to the tragic nature.

According to Brooklyn Vegan, James explains via Instagram, “While attending film school in Boston, I had a period where I thought about giving up my lifelong dream of directing to travel and document the lives of musicians; I photographed as many concerts as possible. Around this time, I went to see this *new* band Interpol play at the Middle East Upstairs, a venue barely bigger than my living room. It was packed wall to wall with people completely enthralled by the band – and for good reason. I met Daniel after their next show in town and we have remained friends as we have both traveled the world since. So over the years, not only have I seen them play countless times, but the music has been deeply woven into the tapestry of so many chapters of my life. I am more than honored to have been able to collaborate with them and delighted to share.

In conjunction with the release of The reverse side of Make Belive, Interpol’s seventh studio album, the band will host Big Shot City, an ephemeral exhibition in New York, Los Angeles, London, Mexico City and Tokyo.

Interpol will participate in the “Lights Camera Factions” tour with Spoon in support The other side of pretending. The tour begins in late August with a show in Asbury Park, NJ, and will continue through September 18 with two closing shows in Portland, OR. 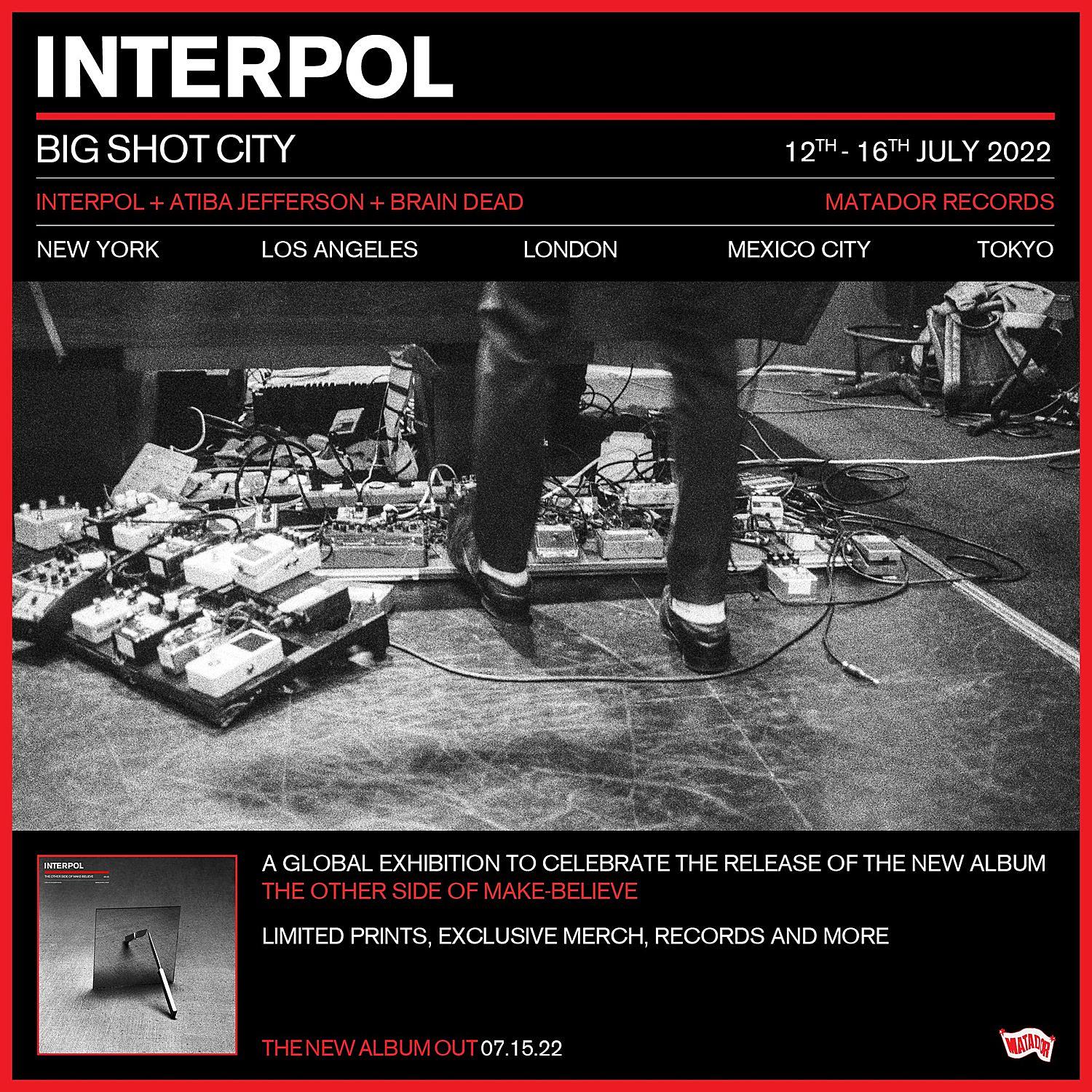 Hotel Jupiter has reopened to guests after extensive renovations